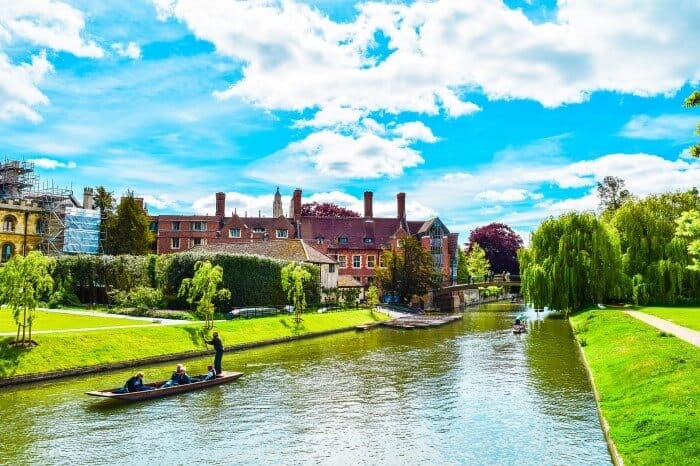 Cambridge is known for being the home of one of best and oldest universities in the world. The grandeur of the university’s buildings make Cambridge the envy of many cities around the globe.

The River Cam flows through the city and that, together with the many green spaces, make it a very attractive place in which to live.

If you are considering moving to Cambridge, the various costs listed below will help you make an informed decision on what costs are involved when moving and living in one of the UK’s top seats of academia.

1. Moving and Shipping Costs to Cambridge

Below are some sample container shipping prices to Cambridge from other major world cities. Just keep in mind they only reflect the shipping portion of the cost and not the full moving costs.

You can save money by comparing removals companies if moving from within the UK and international moving companies if coming from abroad using our moving quote form below: 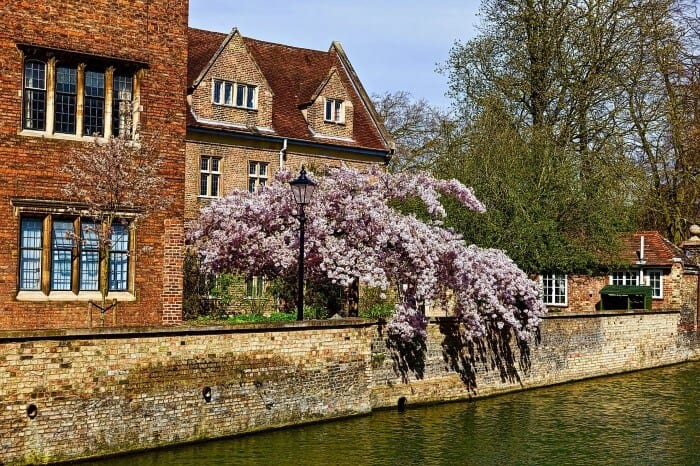 House prices in Cambridge as comparatively high. Not only is Cambridge only 50 miles from London, so easily commutable by train, it is a desirable city to live in.

There’s a constant shortage of both properties to buy and rent. Properties are snapped up the minute they are advertised. One of the reasons for this is that out of the 129,000 residents, over 25,000 are students looking for accommodation.

This is how rents in Cambridge compare with other cities around the globe.

Also, do note that with the recent decline in sterling, a lot of imported food has increased in price, which has obviously pushed up restaurant prices.

Being a student city, Cambridge has a good selection of pubs, bars and clubs. The following is a list of basic prices of beer and wine from the supermarket and restaurants.

How to drink for less in Cambridge

Cambridge is a small city where parking is almost impossible, so a good bus service is important. Stage Coach runs the bus services in Cambridge. There are route throughout the city and surrounding areas with a variety of tickets from singles to yearly season tickets.

6. Cost of Internet in Cambridge 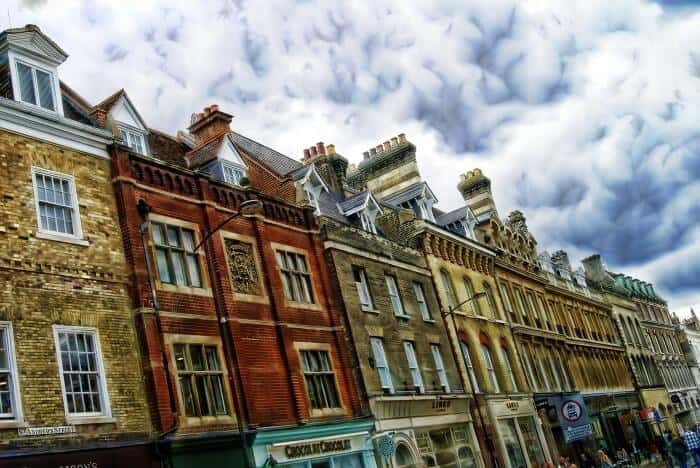 Cambridge has a mild climate with its hottest and wettest month being August with an average high of 18°C and average rainfall of 53mm.

January is its coldest month, with an average temperature of 4°C. Like most places in the UK, rain is always a possibility, so it’s wise to carry an umbrella or a fold up waterproof jacket.

8. Cost of Owning a Car and Driving a Car in Cambridge

Everyone in the UK drives on the left. Cambridge is a small city and parking is at a premium. Undergraduate students are not allowed cars whilst at university except under exceptional circumstances.

If you’re moving to Cambridge from within the UK, you’ll be able to keep your license but need to update your address to your new Cambridge one.

Here are some other sample costs of owning and operating a car in Cambridge:

Ways to save money on driving in Cambridge

Need your car/vehicle moved to Cambridge? Then read our guide to: Car Transport & Vehicle Shipping

No matter where you live in the UK, you will pay the same rate of income and sales tax. To learn more about the different taxes – income, self-employment, business, capital gains etc, have a look at our moving to the United Kingdom guide.

Whether you own or rent your home, you will be subject to council tax based on the area in which you live and the size of the property you live in. Learn more about council tax in Cambridge at Cambridge Council Tax.

Finally, if you decide to buy a flat or house in Cambridge you’ll have to pay stamp duty. While there’s no tax on the first £125,000 of your home value, the marginal rate increases to 12% on a value of over £1.5 million.

If you do make the move to Cambridge, here’s approximately how much it will cost to fly to other major world cities based on lowest, one-way fares from Skyscanner as of early 2017.

Cambridge does have a regional airport but you will need to travel to Stansted Airport or other London Airports for international flights. Stansted is 35 miles from Cambridge.

Other Tips on Moving to Cambridge

The costs and pricing above should give you a good idea of the cost of living in Cambridge but perhaps the following extra tips will make your move go smoothly.

Moving anywhere can be a lonely experience, but moving to a new city can be rather daunting. Here are a few tips about settling into Cambridge.

12. Moving to Cambridge with a Family

Cambridge is a pleasant city to live in with a family. There are plenty of parks and open countryside for walks and cycle rides. The schools are excellent and there is always the hope that the academic atmosphere of the city will rub off on your child and he/she will be accepted into Cambridge.

Here’s some extra food for thought.

13. Moving to Cambridge for Work

Most people move to a city to take up a new job or to study. While it is possible to move without a job, it makes sense to ensure there are jobs in your field before you make the move.

Cambridge is often used as base for London commuters. However, apart from tourism, pharmaceuticals, agriculture and education, Cambridge is well known in the IT industry and is often referred to as ‘Silicon Fen’.

14. Moving to Cambridge from Australia

Most of the Australians living in Cambridge are either students or in academia. You can meet up with some of the 56,000 Aussies living in London by hopping on a train – it only takes 48 minutes on the fast train.

15. Moving to Cambridge from Canada

While you won’t find a huge number of Canadians living in Cambridge. Those that you do find will probably be students or lecturers.  If you’re considering making the move from Canada here are a few things to consider.

16. Moving to Cambridge from the United States

The majority of Americans in Cambridge are either studying at the university or lecturing there. If you’re considering moving to Cambridge, here are a few bonus tips:

Hopefully, the tips and costs above are helpful. If want to get started pricing out how much it will cost you to move to Cambridge you can start by comparing moving quotes here.