Moving abroad to a foreign country can be daunting, and Australia is no exception. With several major cities, suburban areas, and the rural outback, it can be confusing for those immigrating to Australia or temporarily moving abroad on a student visa to know what to expect. 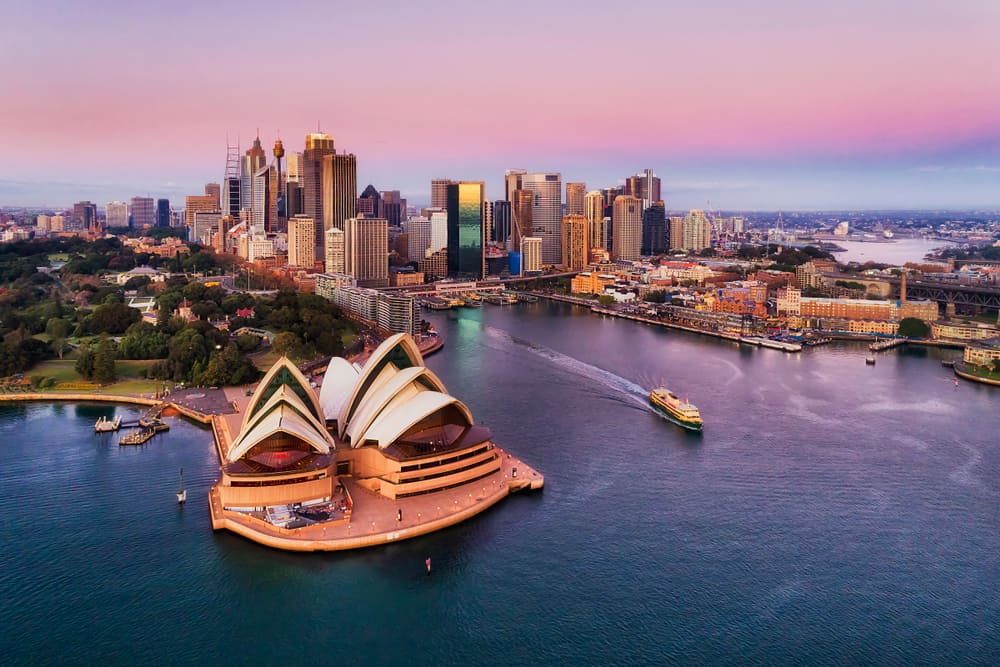 We have gathered some of the most important things to know before packing your bags and moving to Australia.

1. The Aussies’ sense of humour is very different

Australian humour is unique from anywhere else in the world. You will find insults flung about in a humorous way, slang words used to show affection, and humour is used to bring out the funny side in any situation, even negative ones. This may make Australians seem insensitive to foreigners, but it is just the Australian way.

2. Take note of the spelling

Australia used to be a British penal colony, and the language is based on English colonialism. This means that although Australian English may appear similar to American English, generally speaking, the rules lend themselves to British spelling.

Although some American spellings have crept in over the years due to Hollywood movies, most words are spelled similarly to how the Brits would spell them.

If you are ever in doubt about the correct Australian spelling, you can consult the Macquarie Dictionary.

3. Some words are completely changed

You might find Australia a difficult place to navigate if you don’t have a grasp of the vocabulary. Although the vast majority of words used in the Australian language are similar to what would be used in the United States, there are some differences to take note of.

You can use this infographic for more differences between American and Australian vocabularies. 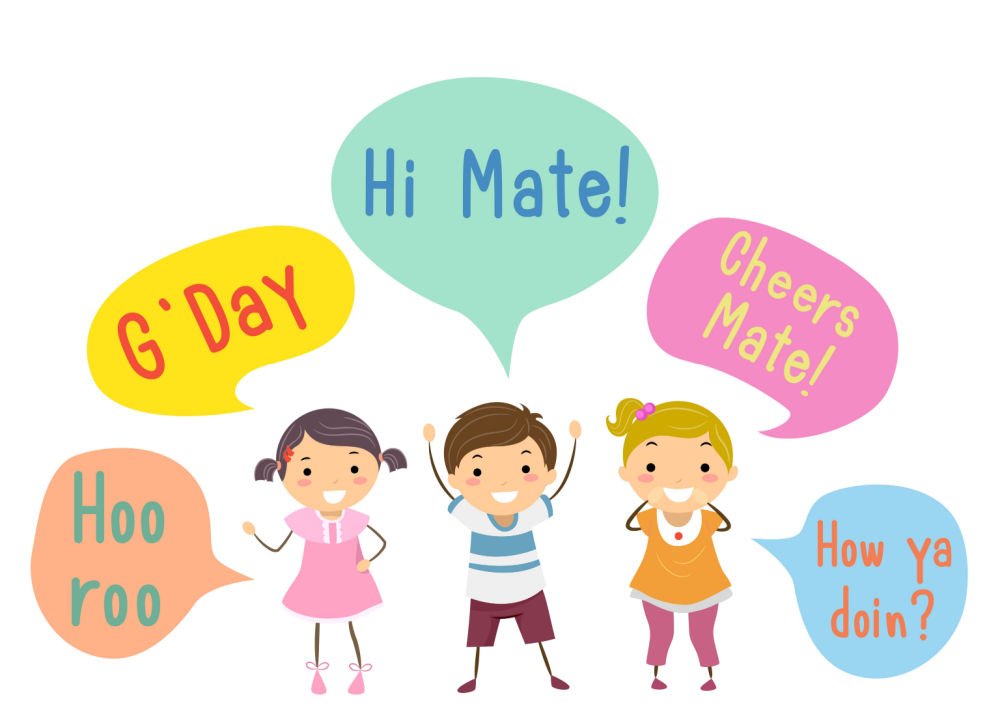 Australian slang is an inherent part of the country’s culture, but you might wonder at times if the citizens are even speaking English.

Some of the slang words used in everyday life may sound like utter nonsense, some sound profane without actually being intended that way, but luckily some are easily deduced (here’s looking at “mozzies” for mosquitoes).

For a comprehensive list of Aussie slang words, you can visit this website (take note, there are some profanities!).

Australia is a massive country, measuring more than three million square miles (or, in metric terms, 7.6 million square kilometers). Can’t quite wrap your head around that? Well, simply put, Australia is about as big as the entire European continent.

You can travel for hours across the country by car (and even flights between Sydney and Perth exceed four hours), so if you plan on exploring Australia when you get there, make sure you have plenty of time allocated for the adventure.

6. The population is around 26 million

Despite large areas of the country being almost uninhabitable because of the desert outback, Australia has a population of just over 26 million as of March 2022. Despite being the sixth-largest country in the world, and the largest country in Oceania, it ranks only number 55 on the list of countries by population.

7. What about the critters that live there

Although the internet loves to joke that everything in Australia is trying to kill you, that is only partly true. Although there’s a wide range of venomous snakes, there are only two types of venomous spiders, and you are unlikely to meet them while sitting at home.

There is, on average, only one fatal shark attack each year, and contrary to popular belief, stingrays have only ever killed two people.

One unexpected creature you might want to watch out for is the magpie. During spring (also known as “swooping season”), these birds will attack people’s heads by swooping down at them from over 80 meters away!

You might also be excited to see a kangaroo when you move to Australia. Still, in actual fact, they are not considered that special by Australian citizens, and you will often see kangaroo meat on the menu!

Because of the minimum wage in America, it is expected that you tip your waiters or taxi drivers about 20%. In Australia, this is not the norm, however, you can tip to award someone who delivered amazing service.

People in the service industry earn a decent wage that they can live off of, and by tipping, you are awarding them with something a little extra.

9. Take note of your mobile signal

When leaving the cities, offline or paper maps will become your friends. Once you leave settled areas, you will discover that your cellphone has scant (or even no) service.

If you get stuck out there with no reception, you either have to get walking (which can be dangerous in the Aussie sun), or wait for help to pass by. It is best to let people know where you are going if you drive long distances, and also let them know when you expect to arrive.

10. It never gets too cold down under

Although Australia does have four seasons, it has a moderate climate and never gets too cold. Australia is predominantly a desert, arid and semi-arid country (70% of the country is classified as one of these three biomes), however, the remaining 30% contains tropical areas and even snow!

So although Australia does not get too cold in winter, with average temperatures of 53 to 64 degrees Fahrenheit, you can still seek out snow in the mountains!

11. The seasons in the northern and southern hemispheres are reversed 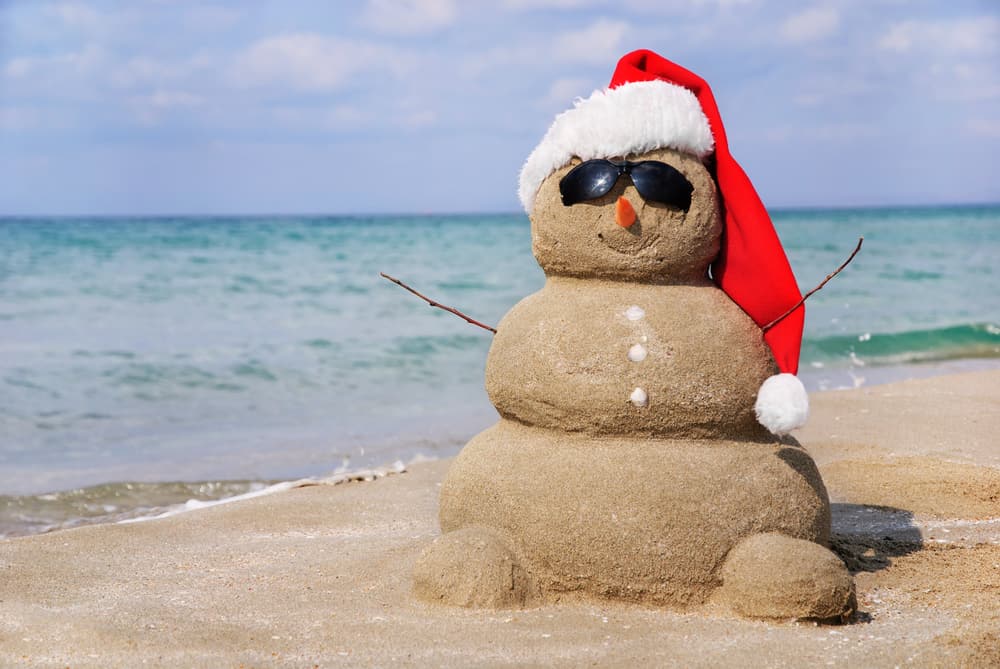 Because of the Earth’s angle to the sun, when it is winter in the northern hemisphere, it is summer in the south. That means that summer in Australia is between November to February, so get ready for a hot Christmas at the beach!

These basic measurements can be increased or decreased by adding prefixes, such as millimeters or milligrams.

If you are struggling, you can use this metric conversion tool.

Australia Day is a public holiday celebrated on January 26.

It celebrates the day in 1788 when convict ships from England landed in New South Wales, signaling the start of the British colony in Australia.

The Federal Government has attempted to change the meaning of the day to “reflect on what it means to be Australian, to celebrate contemporary Australia, and to acknowledge our history.”

14. Australians drive on the left

Unlike in the United States, Australians drive on the left. In fact, they also walk on the left, which significantly reduces your chance of accidentally bumping into someone. Even if you are taking an escalator, it is best to keep left (and pass right).

The steering wheels of Australian cars are also on the left, so keep this in mind if you have a valid driver’s license.

15. They have their own ABC

Not the alphabet (although they have that too). The Australian Broadcasting Corporation is the national broadcaster, which should not be confused with the American Broadcasting Company. It is funded by the government but remains independent and can deliver news objectively.

16. No pressure to conform to any type of religion

The diversity of religion in Australia is astounding, and there is no pressure to conform to any type of religion. Although Christianity is the most widely practiced religion, the Constitution of Australia prohibits the government from influencing the freedom of religion or establishing a church.

This means that all religions are welcome in Australia. 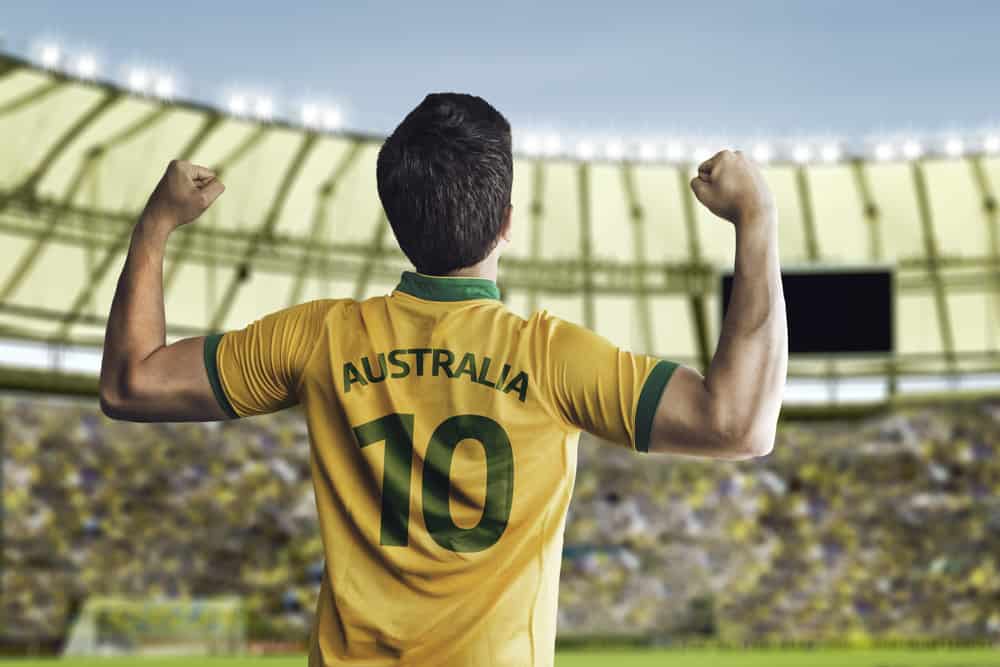 Sport is basically a religion in Australia. Unique sports like Australian rules football are widely supported, while almost all Australians support international sports like cricket and rugby. Then there is the Australian Open tennis tournament, the Melbourne Cup horse race, athletics, surfing, and soccer.

If you are an international student traveling to Australia to study, we recommend that you try your hand at one of these sports – private schools will give you the opportunity. If you are not a sporty person, get ready to become the greatest sports fan in the world.

Australia has incredibly strict gun laws, which you can read about here:

The National Firearms Agreement bans all automatic and semi-automatic firearms and instills a system of gun licensing and registration. All gun owners must have a real reason for registering a firearm, and personal protection is not considered a valid reason. There are also strict storage requirements for firearms.

There is no constitutional right to bear arms, and only people who have genuine reasons to possess a firearm will be allowed to be licensed as a shooter and have their firearms registered.

Australians love their beaches so much, they have included a line about the sea in their national anthem! For cities and towns by the sea, the beach forms part of the lifestyle of residents, and on sunny days thousands of people flock to the beaches. Australia has world-famous beaches, like Mermaid Beach, Bondi Beach, and 80 Mile Beach.

Australians pride themselves on a healthy work-life balance, which is evident with their Working Holiday Visa system. This unique visa allows travelers from abroad between the ages of 18 to 30 with a valid passport to go on an extended holiday in Australia while working to fund their travels. See here for more information on Working Holiday Visas.

21. Their military was defeated twice by the Emus

You have probably never heard of the Great Emu War. This war lasted a week, and the military faced two rounds against over 20,000 emus!

In 1932, the Australian military was deployed to protect farmland that had been handed to veterans from these 2-meter tall birds. After the first harvest by the veterans, 20,000 emus descended and started eating the crops.

After attempting to herd the emus, soldiers fired at them, but the large birds were able to run away unharmed.

The next day, the soldiers waited at a watering hole, and when the birds congregated, they started shooting. Again the emus were able to outmaneuver the soldiers and escape their bullets. After failed attempts with 30 machine guns, the Australian Government put a stop to the Emu war, and victory was handed to the emus!

Hopefully, this list has prepared you for your move to Australia. Once you know what to expect, Australian culture won’t be too surprising, and you can immediately get stuck into Australian food, support Australian sports teams, and get used to the unique Australian slang!

Does Australia have free healthcare?

See here for more information on the Australian healthcare system.

Is it easy to get a job in Australia?

You will need a work visa before you can consider your job prospects in Australia. Although there are plenty of job opportunities for skilled workers on the Skilled Occupation List, those wanting to apply for a work visa have to complete a Skill Assessment Report, pass an English proficiency test, and deliver Skilled Employment-related documents.

There are two work visas to apply for:

– Sponsored Work Visa: for those sponsored by an Australian employer, State Authority, or government agency.

Once you have your work visa, you can start applying for jobs.

Although it differs across the nation, generally, Australians are friendly people and will happily greet you with a “G’day, mate” and a smile!

Are taxes high in Australia?

Income taxes are not exorbitantly high in Australia and reflect tax rates of other countries with the same GDP.