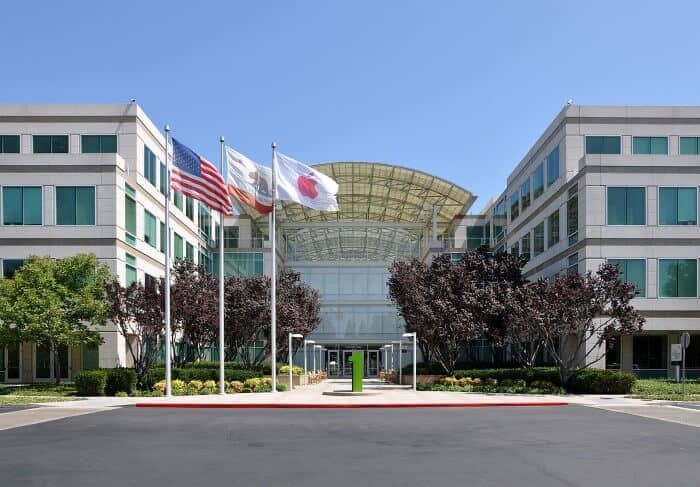 Cupertino borders San Jose and is famous for being Apple’s headquarters. It’s also home to HP and Oracle, so it will come as no surprise to know that this is a very affluent part of Silicon Valley. Forbes also lists the town as being one of the most educated small towns in California.

If you are considering moving to Cupertino, the various costs listed below will help you make an informed decision on what costs are involved when moving and living in this part of Silicon Valley.

1. Moving and Shipping Costs to Cupertino

Below are some sample container shipping costs to Cupertino from other major world cities. Just keep in mind they only reflect the shipping portion of the cost and not the full moving costs.

Property in Cupertino is expensive but high salaries go some way towards compensating for the high cost.

Rental comparisons for Cupertino are unavailable. San Jose is the nearest town so figures for this town have been used but please note that Cupertino is generally more expensive than San Jose.

Cupertino has a good selection of restaurants, bars and food stores.

This is how restaurants and food prices compare with other major cities in the world:

Cupertino has a great selection of bars, clubs and restaurants to relax in at lunchtime, after work or at weekends.

How to drink for less in Cupertino

The public transportation system in Cupertino is run by VTA. There is a bus and a train system which serves the town and the whole area.

6. Cost of Internet in Cupertino

Cupertino enjoys around 300 days of sunshine a year.

8. Cost of Owning a Car and Driving a Car in Cupertino

Driving in Cupertino is much more relaxed than driving in many cities in the States, however, rush hour can be frustrating.

If you’re moving to Cupertino from within the US, you’ll be able to keep your license but need to update your address to your new one.

Here are some other sample costs of owning and operating a car in Cupertino:

Ways to save money driving in Cupertino

Need your car/vehicle moved to Cupertino? Then read our guide to: Car Transport & Vehicle Shipping

No matter where you live in California, you will pay state and federal tax. To learn more about the different taxes in the States go to Immihelp and USA taxes.

Sales Tax in Cupertino is 8.75% and is added to most goods and services. Generally, the price you see on an item does not include sales tax.

If you own your home, you will be subject to property tax based on the area in which you live and the size of the property you live in. Learn more about property tax in Cupertino at Property Tax.

Finally, if you decide to buy an apartment or house in Cupertino you’ll have to pay real estate transfer tax.

If you do make the move to Cupertino, here’s approximately how much it will cost to fly to other major world cities based on lowest, one-way fares from Skyscanner as of early 2017:

Other Tips on Moving to Cupertino

The costs and pricing above should give you a good idea of the cost of living in Cupertino but perhaps the following extra tips will make your move go smoothly.

Relocating anywhere can be a lonely experience, but moving to a new city can be rather daunting. Here are a few tips about settling in Los Cupertino.

12. Moving to Cupertino with a Family

Cupertino, Silicon Valley and the Bay Area have a lot to attract families. There are beaches, countryside and lots of art, drama and social events.

13. Moving to Cupertino for Work

People generally move to Cupertino for work. It is obviously draws people from around the world who are into high tech. However, there are also jobs in finance, education, health and other service industries.

14. Moving to Cupertino from Australia

15. Moving to Cupertino from Canada

There are over 350,000 Canadians living and working in Silicon Valley so if you’re considering making the move from Canada here are a few things to consider.

16. Moving to Cupertino from the United Kingdom

There is a large Brit contingent living in Cupertino, drawn by the high-tech environment.

Hopefully, the tips and costs above are helpful. If want to get started pricing out how much it will cost you to move to Cupertino you can start by comparing moving quotes here.