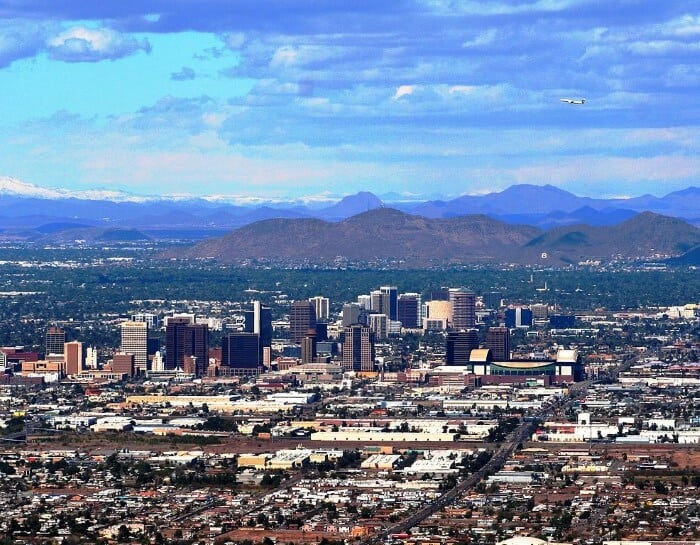 Phoenix sits in the Sonoran Desert and enjoys over 300 days of sunshine a year. It’s certainly hot, with a temperature of around 100°F (38°C) for a hundred of those days. Phoenix was first settled in around 300AD by the Hohokam Native Americans who built a staggering 135 miles of waterways to water their crops and service their villages.

If you are considering moving to Phoenix, the various costs listed below will help you make an informed decision on what costs are involved when moving and living in the capital of Arizona.

1. Moving and Shipping Costs to Phoenix

Below are some sample container shipping costs to Phoenix from other major world cities. Just keep in mind they only reflect the shipping portion of the cost and not the full moving costs.

Property prices dropped dramatically in Phoenix during the 2008/10 crash but they are slowly recovering. There are properties of all descriptions to buy or rent, from apartments to ranches.

This is how rents in Phoenix compare with other cities around the globe.

Phoenix is a place where bars, clubs, music and drinking are very much part of the life in the city. There are so many establishments to choose from, you’ll be spoilt for choice.

How to drink for less in Phoenix 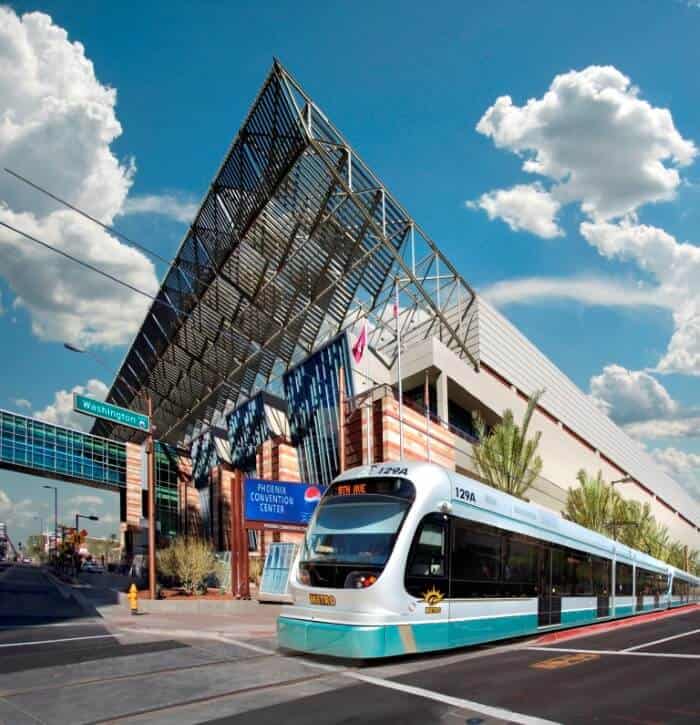 The public transportation system in Phoenix is run by Valley Metro. Both Metro rail and Metro buses share the same fare system. The examples below are for the bus and rail but there is also an Express bus/RAPID bus option which has a single fare for $3.25 and a monthly pass for $104.

Many people complain that the transportation system doesn’t cover the vast sprawl of Phoenix, which is why many inhabitants use their cars.

6. Cost of Internet in Phoenix 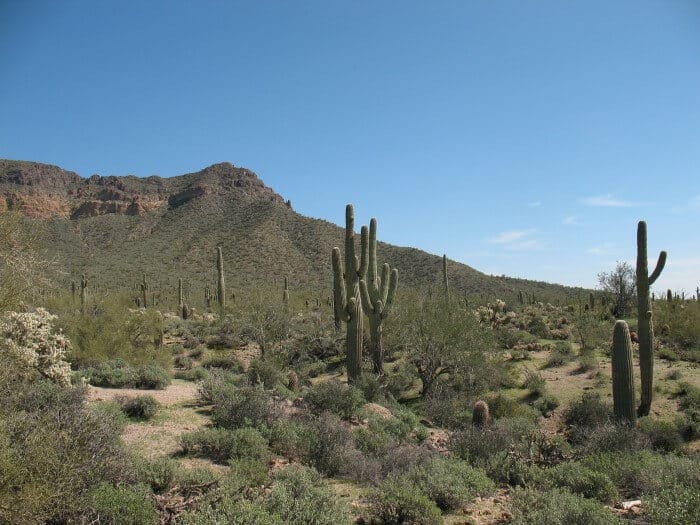 8. Cost of Owning a Car and Driving a Car in Phoenix

Most people own and drive a car in Phoenix. It’s recommended that you steer clear of leather and plastic seats as it gets really hot in Phoenix’s summer months.

If you’re moving to Phoenix from within the US, you’ll be able to keep your license but need to update your address to your new one.

Here are some other sample costs of owning and operating a car in Phoenix:

Ways to save money driving in Phoenix

Need your car/vehicle moved to Phoenix? Then read our guide to: Car Transport & Vehicle Shipping

No matter where you live in Arizona, you will pay state and federal taxes. To learn more about the different taxes in the States go to Immihelp and USA taxes.

Sales Tax in Phoenix is 5.6% and is added to most goods and services. Generally, the price you see on an item does not include sales tax.

If you own your home, you will be subject to property tax based on the area in which you live and the size of the property you live in. Learn more about property tax in Phoenix at Arizona Homes Property Tax.

Finally, if you decide to buy a flat or house in Phoenix you’ll have to pay real estate transfer tax.

If you do make the move to Phoenix, here’s approximately how much it will cost to fly to other major world cities based on lowest, one-way fares from Skyscanner as of early 2017:

The costs and pricing above should give you a good idea of the cost of living in Phoenix but perhaps the following extra tips will make your move go smoothly.

Moving anywhere can be a lonely experience, but moving to a large city can be rather daunting. Here are a few tips on settling in Phoenix.

12. Moving to Phoenix with a Family

Phoenix has a lot going on for families with children. There are good schools and medical care and fun activities such as the zoo, aquarium, museums, walks and lots more.

13. Moving to Phoenix for Work

People usually move to Phoenix for work. There are a variety of opportunities both within the public and private sectors. The main employment opportunities are to be found in education, healthcare, technology, manufacturing, retail and hospitality.

14. Moving to Phoenix from Australia

There are a large group of Australians living in Phoenix, enjoying the sun, heat and lifestyle.

15. Moving to Phoenix from Canada

There’s a large group of Canadians living and working in Phoenix.  If you’re considering making the move from Canada here are a few things to consider.

16. Moving to Phoenix from the United Kingdom

Phoenix attracts a lot of people from the UK, probably because the sun shines.

Hopefully, the tips and costs above are helpful. If want to get started pricing out how much it will cost you to move to Phoenix you can start by comparing moving quotes here.