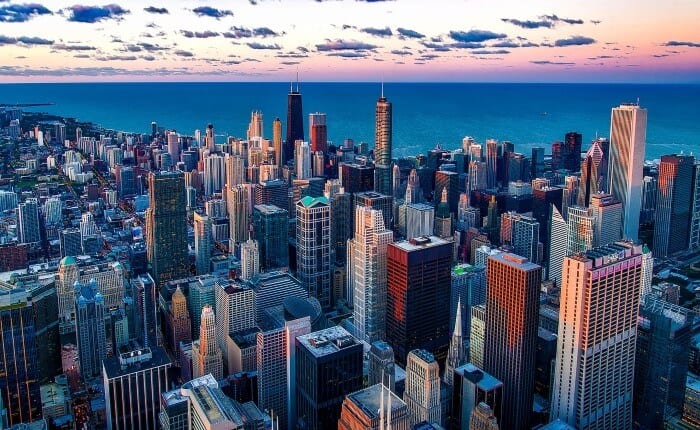 Chicago is the third largest city in the States and sits on the shores of Lake Michigan. It is a vibrant city and has a lot to offer residents and visitors alike. The arts, history, sport, wining and dining are just some of the many plus points that make up Chicago.

If you are considering moving to the Chicago, the various costs listed below will help you make an informed decision on what costs are involved when moving and living in the Windy City.

1. Moving and Shipping Costs to Chicago

Below are some sample container shipping costs to Chicago from other major world cities. Just keep in mind they only reflect the shipping portion of the cost and not the full moving costs. 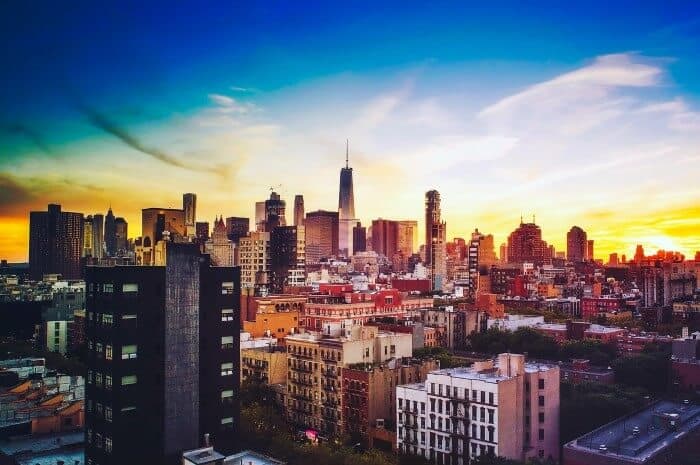 Chicago is basically split into four districts – West Side, Central, North Side and South Side. There are also areas which are naturally populated by people of the same nationality such as Little Italy, Chinatown and Little Saigon.

Property prices and rental prices vary greatly depending on which area you live in.

This is how rents in Chicago compare with other cities around the globe.

Chicago has 7,500 restaurants, so, not surprisingly, you will find any culinary experience you search for. The city prides itself on its gastronomic diversity and excellence and is most famous for its deep dish pizza.

There are also many specialist grocers, as well as the usual supermarket chains.

Chicago’s has thousands of bars and clubs, ranging from basic bars to sophisticated night clubs.

How to drink for less in Chicago 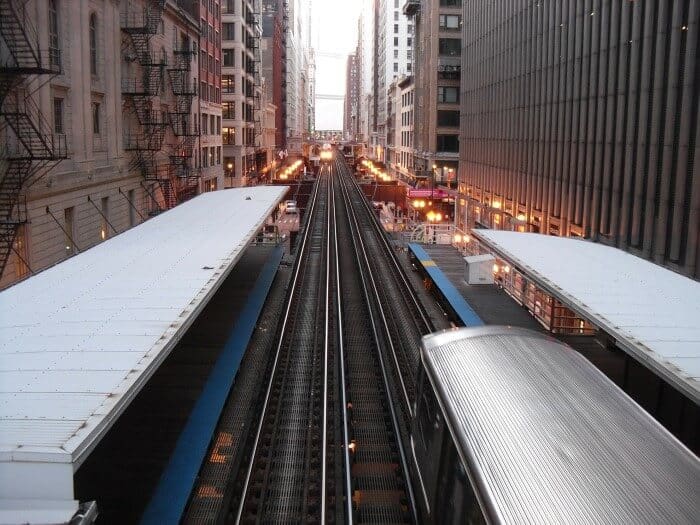 The CTA runs an efficient transport system consisting of buses and elevated trains (L trains) which means that many people living in Chicago don’t use cars for work, shopping for evenings out.

6. Cost of Internet in Chicago 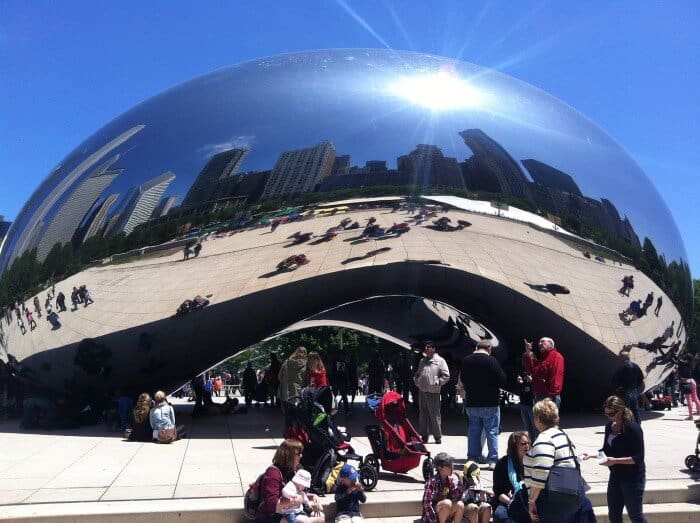 Chicago’s hottest and wettest month is July, with average temperatures of 73°F (23°C) and rainfall of 4 inches (100mm). January is the coldest winter month, with the average temperature being a very chilly 21°F (-6°C), so dress accordingly.

8. Cost of Owning a Car and Driving a Car in Chicago 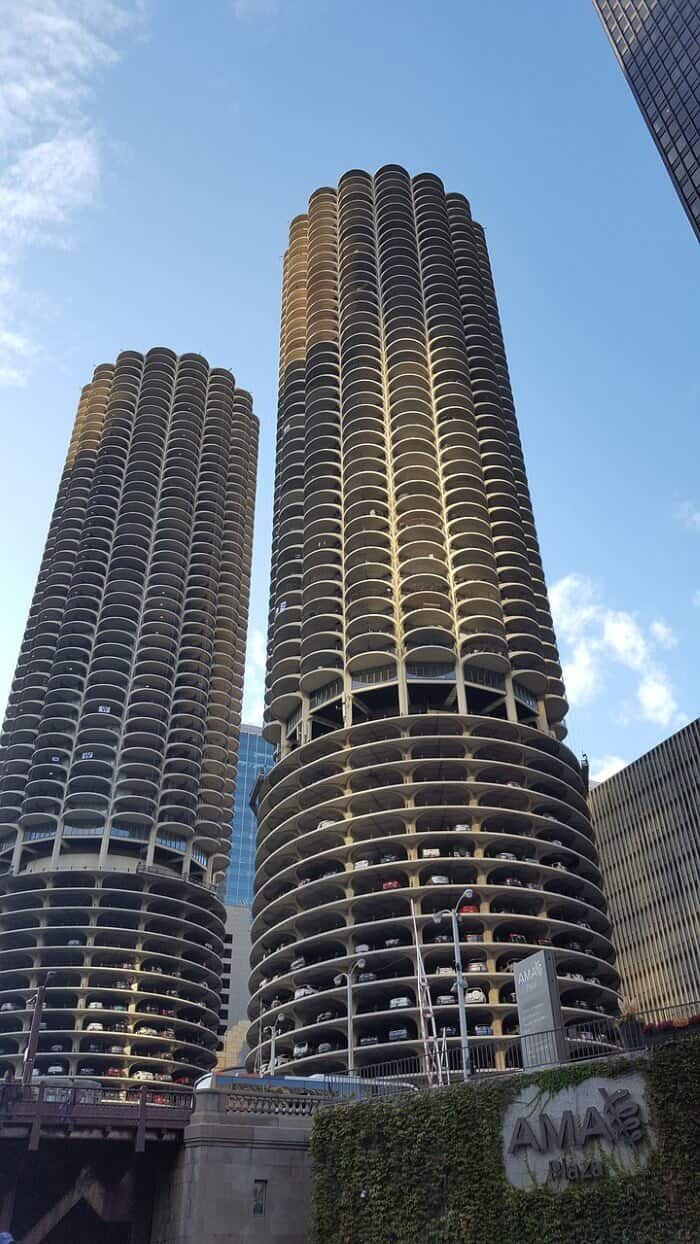 Many people in Chicago choose to use public transport when going into the city, rather than sit in the traffic for hours.

If you’re moving to Chicago from within the US, you’ll be able to keep your license but need to update your address to your new one.

Here are some other sample costs of owning and operating a car in Chicago:

Ways to save money driving in New Chicago

Need your car/vehicle moved to Chicago? Then read our guide to: Car Transport & Vehicle Shipping

No matter where you live in Illinois, you will pay state and federal taxes. To learn more about the different taxes in the States go to Immihelp and USA taxes.

Sales Tax in Chicago is 10.25% and is added to most goods and services. Generally, the price you see on an item does not include sales tax.

If you own your home, you will be subject to property tax based on the area in which you live and the size of the property you live in. Learn more about property tax in Chicago at Smart Asset Property Tax.

Finally, if you decide to buy a flat or house in Chicago you’ll have to pay Real Estate Transfer Tax.

If you do make the move to Chicago, here’s approximately how much it will cost to fly to other major world cities based on lowest, one-way fares from Skyscanner as of early 2017:

The costs and pricing above should give you a good idea of the cost of living in Chicago but perhaps the following extra tips will make your move go smoothly.

Moving anywhere can be a lonely experience, but moving to a new city, especially one a large as Chicago, can be rather daunting. Here are a few tips about settling in Chicago.

12. Moving to Chicago with a Family

Chicago has a lot to attract families. The beach, the lake, museums, sport and much more.

13. Moving to Chicago for Work

14. Moving to Chicago from Australia

There is a small Aussie contingent in Chicago. The main influx of Australians was after WWII, when Australian women came to the States to join their American forces sweethearts whom they had met while they were stationed in Australia.

15. Moving to Chicago from Canada

Chicago has a large Canadian population. If you’re considering making the move from Canada here are a few things to consider.

16. Moving to Chicago from the United Kingdom

Chicago has a large contingent from the UK and they have some active groups who enjoy getting together at weekends and during holidays.

Hopefully, the tips and costs above are helpful. If want to get started pricing out how much it will cost you to move to Chicago you can start by comparing moving quotes here.