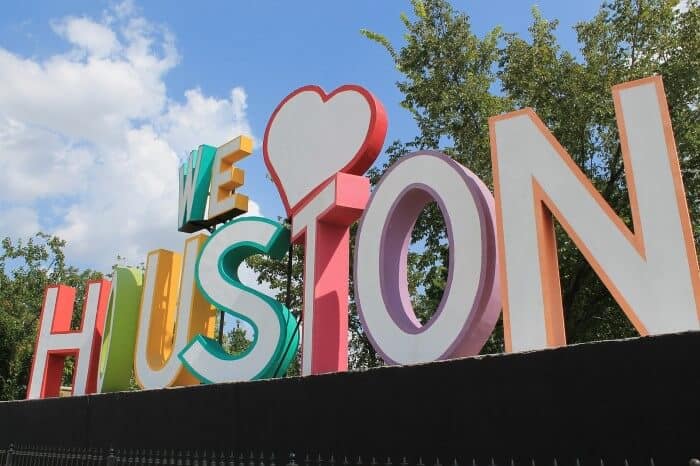 Houston is the US’s fourth biggest city and home to NASA. It is big, bold and vibrant, like everything in Texas should be. It is a busy, cosmopolitan city which offers much to those that live there.

If you are considering moving to Houston, the various costs listed below will help you make an informed decision on what costs are involved when moving and living in this wealthy city.

1. Moving and Shipping Costs to Houston

Below are some sample container shipping costs to Houston from other major world cities. Just keep in mind they only reflect the shipping portion of the cost and not the full moving costs. 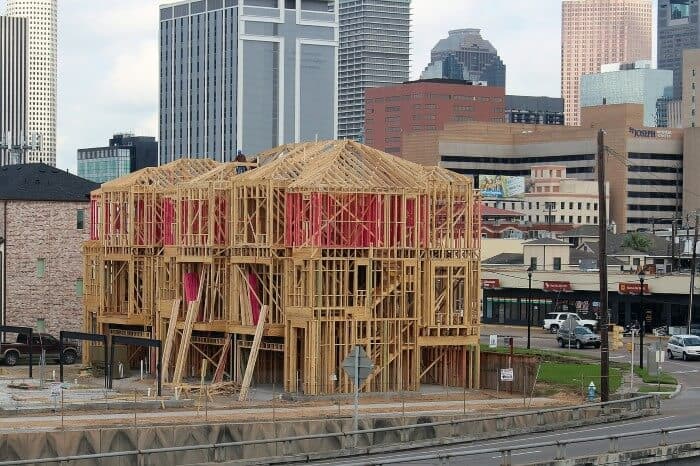 Surprisingly, house prices in Houston are not as high as other Texan cities such as Austin. A word of warning if you intend to buy in Houston, there are no zoning laws so you could find a high rise block being built next to your beautiful house.

This is how rents in Houston compare with other cities around the globe.

Houston boasts having over 10,000 restaurants from your local greasy spoon to fine dining. These restaurants cover food from over 70 different countries and regions in America. The variety of restaurants is reflected in the diversity of foods available in the shops. 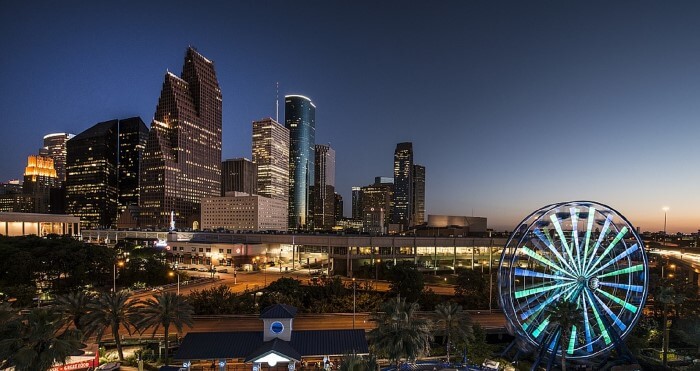 Bars, nightclubs, live music are everywhere in Houston. They are an important part of life in the city and place where people meet socially and for business.

How to drink for less in Houston

The public transportation system in Houston is run by Metro and consists of an efficient road and rail system. As Houston is such a large city, it is probable that you may need to take several busses and/or trains to get to and from your destination.

Here are some examples of ticket costs.

6. Cost of Internet in Houston 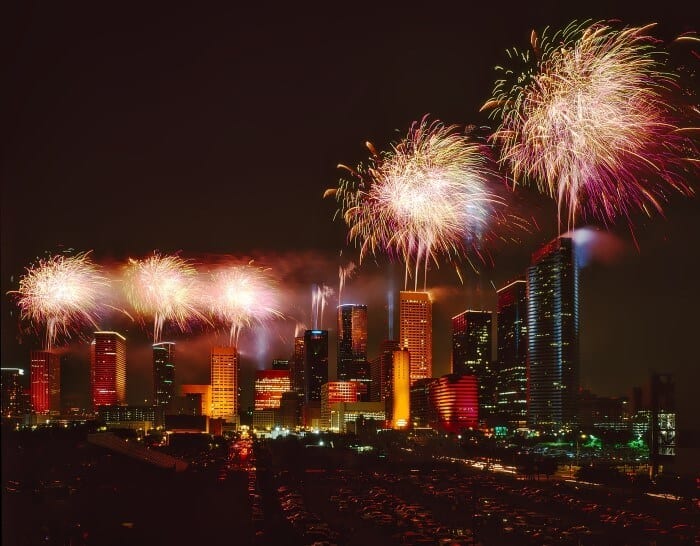 8. Cost of Owning a Car and Driving a Car in Houston 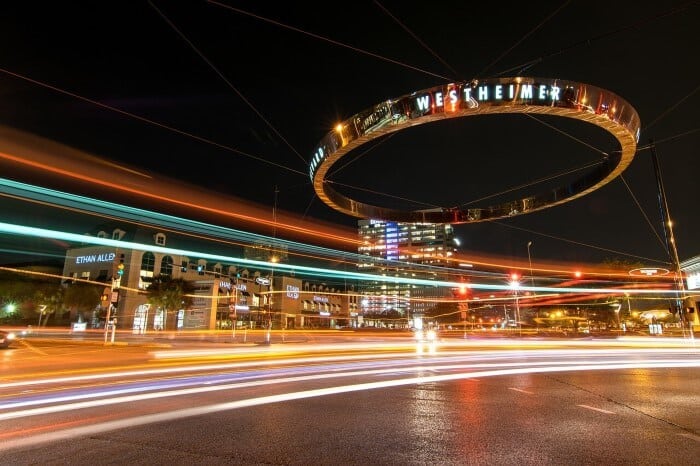 Driving in Houston in the rush hour can be a nightmare but many people choose to do it rather than change bus or train a few times.

If you’re moving to Houston from within the US, you’ll be able to keep your license but need to update your address to your new one.

Here are some other sample costs of owning and operating a car in Houston:

Ways to save money driving in Houston

Need your car/vehicle moved to Houston? Then read our guide to: Car Transport & Vehicle Shipping

No matter where you live in Texas, you will pay state and federal taxes. To learn more about the different taxes in the States go to Immihelp and USA taxes.

Sales Tax in New York is 8.25% and is added to most goods and services. Generally, the price you see on an item does not include sales tax.

If you own your home, you will be subject to property tax based on the area in which you live and the size of the property you live in. Learn more about property tax in Houston at Smart Asset Property Tax.

Finally, if you decide to buy a flat or house in Houston you’ll have to pay real estate transfer tax.

If you do make the move to Houston, here’s approximately how much it will cost to fly to other major world cities based on lowest, one-way fares from Skyscanner as of early 2017:

The costs and pricing above should give you a good idea of the cost of living in Houston but perhaps the following extra tips will make your move go smoothly.

Moving anywhere can be a lonely experience, but moving to a new city can be rather daunting. Here are a few tips about settling in Houston.

12. Moving to Houston with a Family

Houston has a lot to attract families. There are museums, one of which was designed especially to enthral children, art galleries, shows, plays, swimming, parks and, of course, the Space Centre.

13. Moving to Houston for Work

Houston has a strong economy and low unemployment. The main areas of employment in the city are aeronautics, oilfield equipment manufacturing, healthcare, energy, manufacturing, transportation the service industry.

14. Moving to Houston from Australia

There are around 1,500 Australian born Aussies living in Houston so if you are thinking of moving from Australia to Houston and joining them, here are a few things to consider.

15. Moving to Houston from Canada

There are a fair number of Canadians living in Houston. If you’re considering making the move from Canada here are a few things to consider.

16. Moving to Houston from the United Kingdom

There is a small contingent of Brits living in the city, so if you’re considering joining them, here are a few bonus tips:

Hopefully, the tips and costs above are helpful. If want to get started pricing out how much it will cost you to move to Houston you can start by comparing moving quotes here.

Guides to other cities in Texas