Are you planning on relocating to the US? Perhaps you won the green card lottery, or you have spent hours dealing with immigration services to finally become one of the elite green card holders.

No matter how you are getting there, there are some things you should know before embarking on living the American dream. The tipping system is confusing, the west coast might as well be a different country to the east coast, and Americans are incredibly proud of their nation.

We have taken it upon ourselves to compile a list of things to keep in mind when moving to the United States of America. 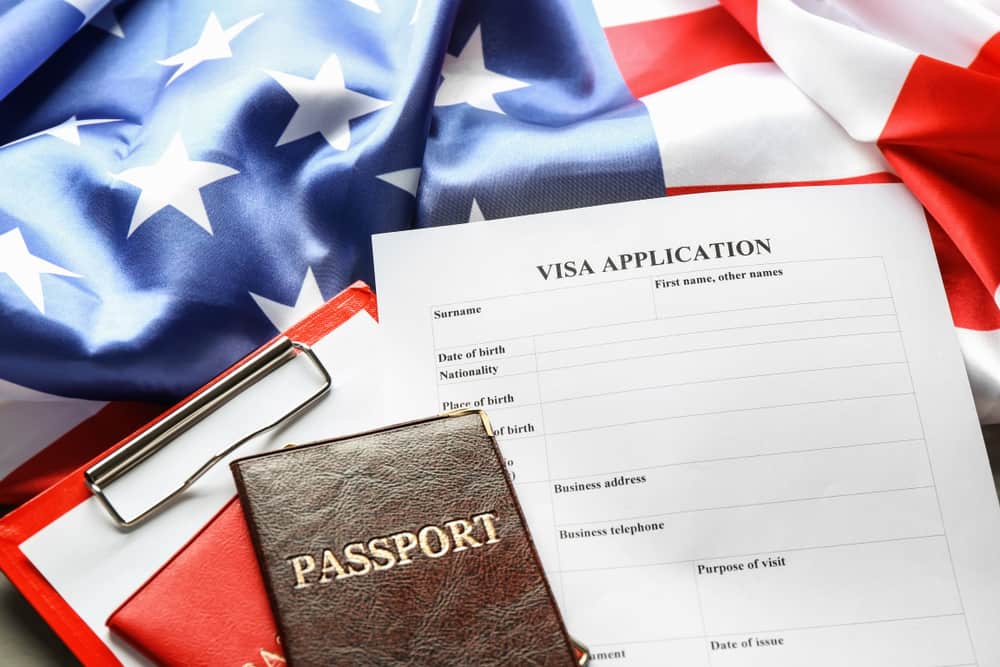 1. There are no two states alike

America is one of the largest countries in the world. Across the fifty states, you will find vast differences in the climate, landscape, people, and politics. From north to south and east to west, you will find different laws enforced by the local authorities, different dialects, different religious beliefs, and basically completely different worlds!

Unlike many other developed nations across the world, the United States does not have reciprocal healthcare agreements (or free healthcare). When you move to the USA, you will have to take out private health insurance to cover any medical expenses.

If you have full-time employment, you can take out medical insurance through your employer, and it is best to keep your proof of insurance on your person at all times in case of an emergency. Even just a ride to the hospital in an ambulance can empty your bank account, so it is best to have some kind of health insurance.

Tipping is a huge deal in the USA. Restaurant employees are not paid well, and most of them rely on tips to bolster their income. The recommended tipping amount is anywhere from 15-20% of your total bill, and although tipping is optional, you may get frosty service in the future if you void the tip. This also goes for taxi drivers or hotel staff. 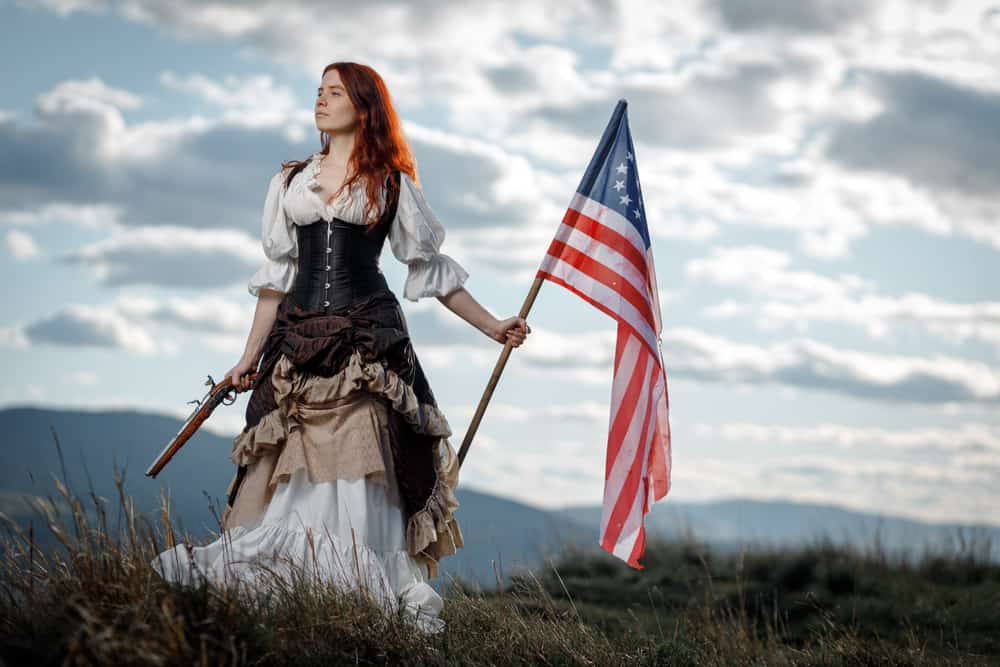 At first, you might find it odd to see American flags waving everywhere, but that is because of the staunch patriotism of Americans. With most Americans believing in the American dream and that their country is the best in the world, you will find citizens standing proudly upright for the national anthem, saluting the flag, and placing their hands on their hearts.

5. They have spectacular national parks

The large size of the US means you are guaranteed to find amazing natural scenery. Although the large cities in the US, like New York, Las Vegas, and Chicago, get a lot of international attention, the 412 national parks draw thousands of visitors each year too.

The landscapes in each of these parks vastly differ, from the volcanic geysers at Yellowstone to the sprawling beauty of the Grand Canyon and the wetlands of the Everglades. Whether you’re a green card holder or a permanent resident, you will find that the natural beauty in America takes your breath away.

6. Learn how the imperial system works

With most of the world agreeing on the metric system, the US has decided to stick with the imperial system, meaning you will have to get used to miles, feet, inches, yards, pounds, and ounces.

The conversion rates to the metric system are rather confusing, so you may want to print out a cheat sheet to carry with you at first to help you understand the measurements!

7. They love their guns

There are not many cities in the world where you will find people casually carrying guns into grocery stores, yet in America, this is not unusual. Americans have the constitutional right to “keep and bear arms,” meaning gun ownership in America is pretty common.

There is a current movement towards better gun control, but Americans associate guns with freedom, making it difficult to control the purchase and carrying of firearms.

8. Retail sales tax is added when you pay

The price you see on the label is going to be less than the price at checkout. This is because sales tax is only added at the checkout counter. Sales tax differs between states and is highest in California at 7.25%. You will see the sales tax on your sales receipt, but it is good to mentally prepare for paying more than what you see on the tag.

9. Americans drive on the right

If you have a driver’s license, you are going to want to remember this. If you are from one of the 25% of countries that drive on the left of the road, or if you plan on bringing your left-side steering wheel car across, you will have to really concentrate when driving, especially when it comes to going around a roundabout!

10. Paid leave is not required by the law

In America, employers are not legally required to offer paid leave. Although most businesses and corporations do offer around 21 days’ paid annual leave, this is not a legal requirement, so carefully read your employment contract before signing to see how much leave you will get.

11. For those with big appetites, it’s heaven 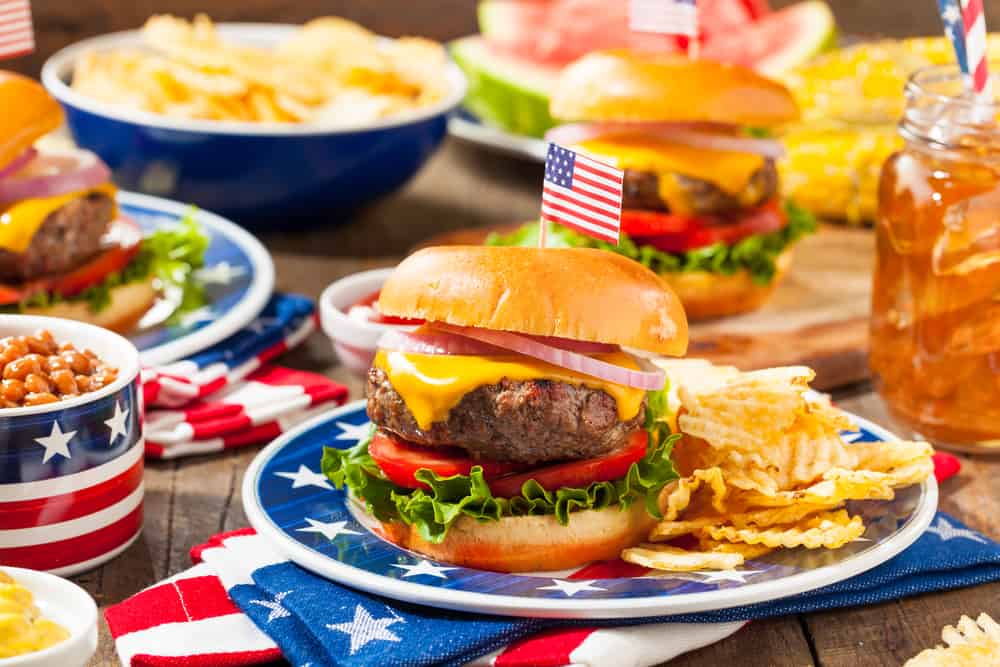 People say everything is bigger in America, and the food portions are no exception. You can supersize almost any fast food order, making it a great destination for hungry people! The United States lists second on the “Countries that eat the most calories” list, with an average of 3,766 calories a day per capita. So if you are moving abroad to the US, you better be hungry!

12. The rail system is not very good

Unlike many European countries, public transport in America leaves a lot to be desired, especially in terms of the railway system. Trains have been largely underfunded, making them a slow and costly form of transport. When travelling between popular cities, Americans take their own motor vehicles or internal flights, as it is more affordable than taking the train.

13. Pumpkins are their obsession

Fall (or autumn to the non-Americans) is synonymous with pumpkins. Leading up to Halloween in October, you will find carved pumpkins on porches across the nation. At coffee shops, you will find pumpkin-spiced lattes, pumpkin pies, and even pumpkin ale.

Although it is prominent during the fall, it appears Americans have become obsessed with pumpkins, and you can find pumpkin-related snacks and drinks throughout the year.

The cost of living in the USA varies between states, cities, and towns. On average, the cost of living is more expensive than 84% of the rest of the world, with a single person splurging about $2,855 per month to survive. A family of four can expect monthly costs of around $4,926.

Fortunately, legal permanent residents can sign up for government benefits, like income-related benefits, a housing benefit, or a pension credit. These benefits are in place to help those that struggle to survive or who cannot make ends meet in an emergency.

If you are concerned about the cost of living, it is more affordable to live in small towns or areas that are less populated. Although everyone wants to live permanently in glamourous cities like Miami or New York, it is simply outside of the budgets of most of us.

15. America is famous for its Christianity

If you are moving to the USA from a country with many religions, you should be aware that most Americans are Christians, especially in the southern states. There are, of course, differences between states, so the level of extreme Christianity you can expect will depend on where you want to base yourself.

16. What? You get free refills

Most restaurants in the USA have a free refill culture. When your drink is empty, you can expect it to be refilled with the same drink for free! This includes teas, coffee, or soft drinks. As long as you pay for the first drink, the rest are on the house.

17. Thanksgiving is a big deal 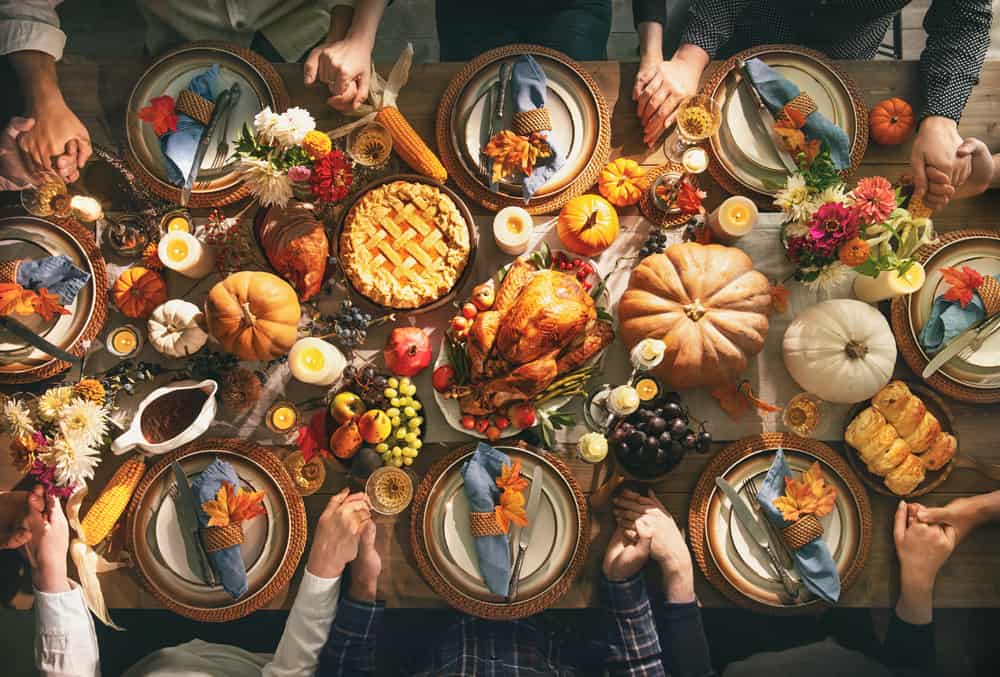 Since then, Americans have celebrated Thanksgiving on the fourth Thursday in November. This celebration is a big deal – bigger than Christmas – and goes hand in hand with Black Friday, when almost all stores offer amazing discounts. Almost all Thanksgiving meals include the same dishes: turkey, stuffing, cranberry sauce, and yams.

18. Back to boiling your water on a stove

Do you enjoy tea or coffee? Well, you better get used to boiling water on the stove, heating tea in the microwave, or investing in a coffee machine. This is because most USA households run on 100-127 volts, which just isn’t enough to boil an electric kettle.

You may not ordinarily care what your local college’s sports teams are getting up to, but that is about to change when you move to the USA. In America, college team fans rival those of national teams, and most colleges or universities fill sports stadiums with fans on the weekend.

This is especially true with American football. College football teams have long histories, and the entire town tends to rally behind their local college’s team when they have a match.

Although the US is known for producing amazing television series and movies, US citizens also really enjoy watching these shows on TV. On average, each person in America watches five hours of TV or online streaming a day! No wonder Hollywood is such a booming industry and everyone in LA wants to be an actor. 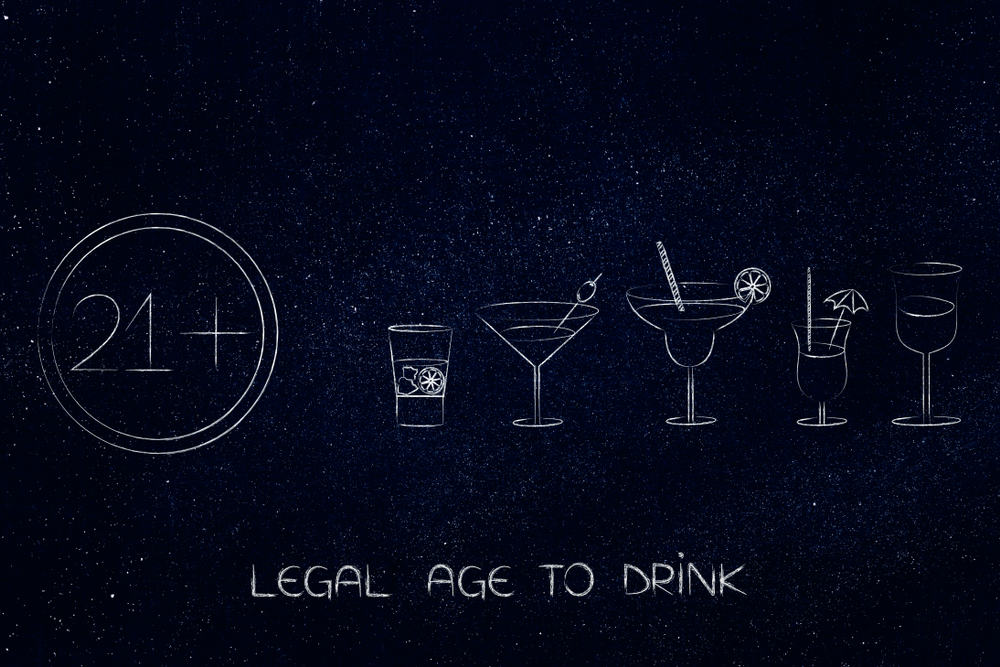 Although you can get your driver’s license when you are sixteen, you are not allowed to drink alcohol until you are 21. This law is strictly enforced, and younger-looking individuals will be asked for their ID cards before entering establishments where alcohol is sold.

Can I stay in the US if my child is born here?

A child born in the USA will be a US citizen and will have all the rights as other US citizens. However, just because a child is a US citizen, it does not mean the parents have the right to remain in the US. For parents to get a green card through their US citizen child, the child must be at least 21 years old and must be the sponsor for their parents.

How do taxes work in the US?

The US tax system is complex and confusing. The federal government collects revenue from:

There are also tax breaks, like exemptions, deductions, credits, and preferential rates.

For more information on taxes in the US, see this infographic.

How long does it take to become a US citizen?

After applying for citizenship, it can take up to 14 months for your application to be reviewed. That is only the application processing time. Thereafter, you must still go for biometrics, an interview, and an exam, you have to wait to receive the decision. If citizenship is granted, you must take the Oath of Allegiance and receive your social security number (the equivalent of the UK’s national insurance number).

The whole process can take from 12 to 18 and a half months.

What US state has the lowest crime rate?

Hopefully, our list has given you an idea of what to expect when you are moving to the USA from abroad. You will find plenty to enjoy and see across the country.

Once you embrace the imperial system and college football games, you will feel like a real American in no time!