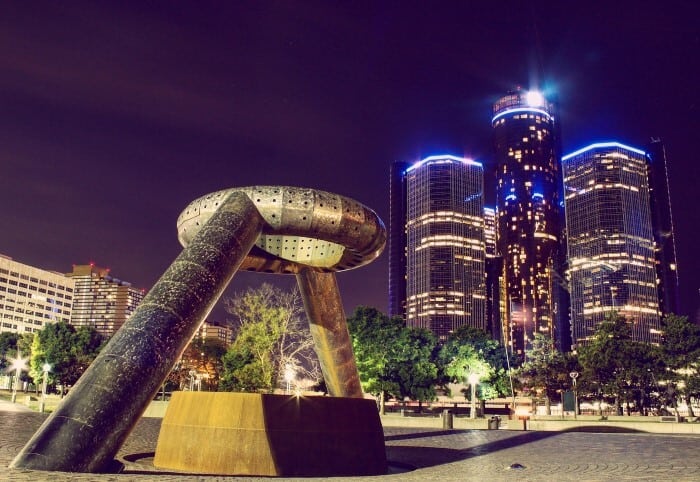 Detroit is the largest city in Michigan and the tenth largest city in the United State. It grew rapidly in the early part of the 20th century due to the rapid growth of the motor industry. It was also the city where Motown was born.

Detroit has had a tough time over the last few decades with the collapse of the motor industry and the loss of almost half its residents between the 1950s and 2010s, however, things now are looking up.

Microsoft are joining other IT companies by moving their Technology Centre to Detroit in 2018 which is another step towards Detroit’s dream of becoming a world class technology hub. The city is on the road to recovery, with unemployment down and jobs being created.

If you are considering moving to Detroit, the various costs listed below will help you make an informed decision on what costs are involved when moving and living in Motor City.

1. Moving and Shipping Costs to Detroit

Below are some sample container shipping costs to Detroit from other major world cities. Just keep in mind they only reflect the shipping portion of the cost and not the full moving costs. 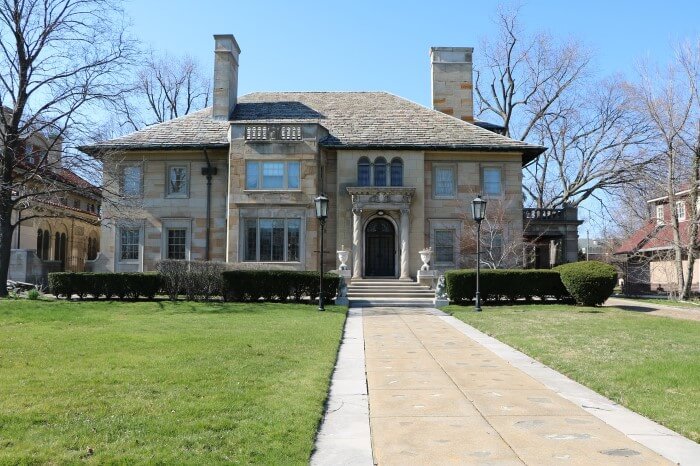 Property prices in Detroit are recovering after the last few years of economic depression.

This is how rents in Detroit compare with other cities around the globe.

Detroit has a good selection of restaurants to choose from. It’s diverse population is reflected in the style of restaurants, from Asian, Middle Eastern and Mediterranean to Eastern European, French, Spanish and Mexican.

Every neighbourhood in Detroit has a good selection of bars and clubs from basic bars to high end cocktail bars in the city.

How to drink for less in Detroit

The Detroit transportation system is run by the DDOT. A monorail, known as the People Mover, operates on a 2.94 mile loop in downtown Detroit. Other areas are served by busses.

There is talk of SEMCOG commuter rail system for the city. People do complain about the lack of public transportation and many people use cars to get to work.

6. Cost of Internet in Detroit

8. Cost of Owning a Car and Driving a Car in Detroit

In Detroit the car is king. And as the public transportation system in Detroit isn’t as good as it could be, most people drive around the city. This obviously causes congestion during rush hour periods.

If you’re moving to Detroit from within the US, you’ll be able to keep your license but need to update your address to your new one.

Here are some other sample costs of owning and operating a car in Detroit:

Ways to save money driving in Detroit

Need your car/vehicle moved to Detroit? Then read our guide to: Car Transport & Vehicle Shipping

No matter where you live in Michigan, you will pay state and federal taxes. To learn more about the different taxes in the States go to Immihelp and USA taxes.

Sales Tax in Detroit is 6% and is added to most goods and services. Generally, the price you see on an item does not include sales tax.

If you own your home, you will be subject to property tax based on the area in which you live and the size of the property you live in. Learn more about property tax in Detroit at Property Tax.

Finally, if you decide to buy an apartment or house in Detroit you’ll have to pay real estate transfer tax.

If you do make the move to Detroit, here’s approximately how much it will cost to fly to other major world cities based on lowest, one-way fares from Skyscanner as of early 2017:

Other Tips on Moving to Detroit

The costs and pricing above should give you a good idea of the cost of living in Detroit but perhaps the following extra tips will make your move go smoothly.

Moving anywhere can be a lonely experience, but moving to a new city on your own can be rather daunting. Here are a few tips about relocating to and settling in Detroit.

12. Moving to Detroit with a Family

Detroit has a lot to offer families. It has excellent museums, parks, amusement parks, river rides, the zoo, plays, music and more.

13. Moving to Detroit for Work

People generally move to Detroit for work. It is becoming a powerful centre for the IT industry, especially with Microsoft’s announcement that it will be moving its Technology Centre to Detroit.

While it is possible to move without a job, it makes sense to ensure there are jobs in your field before you make the move. The unemployment rate is higher than the national average but young professionals are being drawn to the city by the successful companies which are already there and those that shortly to relocate.

14. Moving to Detroit from Australia

There’s small group of Australians living in Detroit, most of whom have been attracted by the growing IT industry in the city.

15. Moving to Detroit from Canada

Windsor Ontario is just over the Detroit River from Detroit and the number of Canadians in Detroit is slowly growing. If you’re considering making the move from Canada here are a few things to consider.

16. Moving to Detroit from the United Kingdom

There are a small number of UK citizens living and working in Detroit, drawn by the growing IT industry.

Hopefully, the tips and costs above are helpful. If want to get started pricing out how much it will cost you to move to Detroit you can start by comparing moving quotes here.