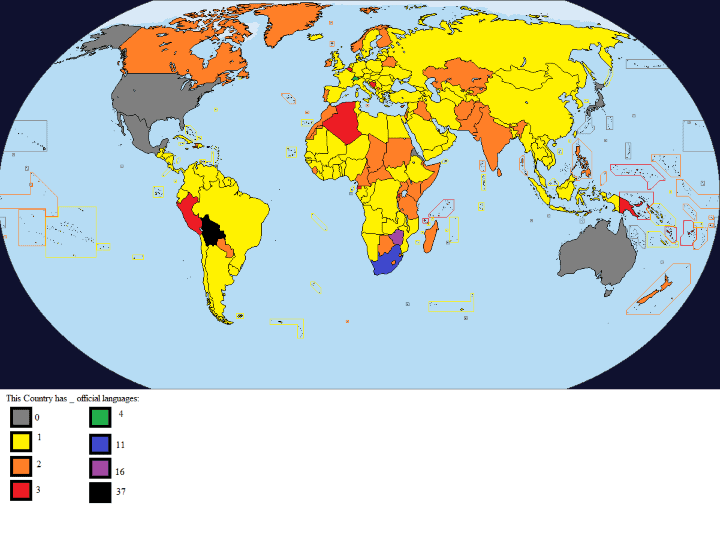 The map above shows the number of official languages each country has. As you can see the range is huge, from countries such as the US and Australia who have no official languages (although English is obviously the most widely spoken in both) to Bolivia with 37 (now actually 38).

Please note that we did not create the map and that it is slightly out-of-date with the more up-to-date data below.

According to Wikipedia the following 6 countries have 4 or more official languages:

There are also 7 countries without an official national language: