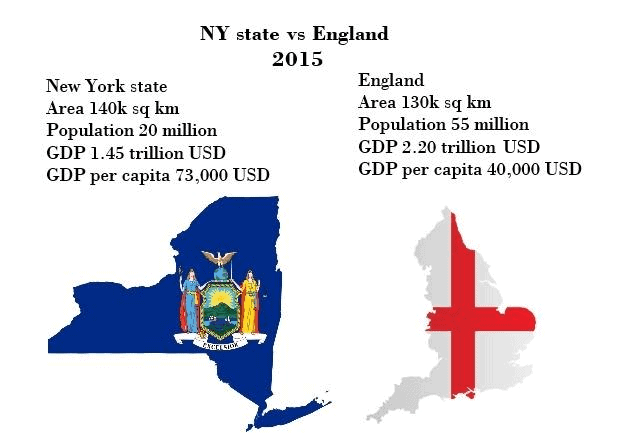 The mapographic above compares New York State and England (note not the full UK). While the two are almost the same size geographically, their population and economies are quite different.

Here’s how they stack up with slightly more exact numbers:

So while England’s population and economy are both larger than New York state’s, New Yorker’s are on average significantly wealthier. However, the difference can at least be partly explained by the relative importance of the key city for each area.

So there you have it. Now, which would you prefer to live in? Leave a comment below: