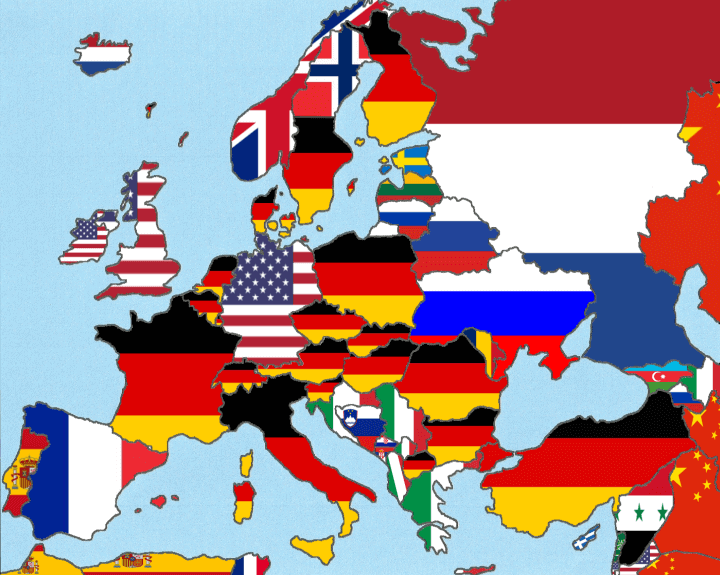 The two maps presented here show every European country’s top export and import partner, that is which other country they send the most exports to and which country they import the most from.

The map above shows the flag of each country’s number one export partner. For example, the UK exports more to the US than any other single country (14.6% of total exports). However, UK exports to all EU countries combined are around 44% of total exports, far higher than the US alone.

The source is the CIA World Factbook. You’ll note that Montenegro shares Serbia and Croatia at 22.7% each, and Sweden shares Germany and Norway at 10.3%.

The map below shows each the flag of each country’s biggest import partner. 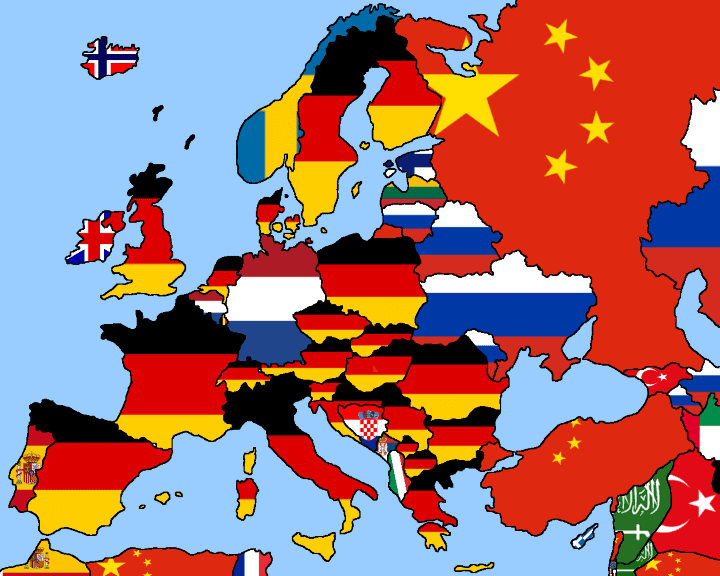 Interestingly, China is less prominent than one might expect only, being the main import partner for Russia and Turkey in Europe. And perhaps even more interestingly is the complete lack of the United States.

Once, again the source is the CIA World Factbook.

These two maps combined just go to show how much of Europe’s trade happens within the continent. Something to think about.

Find this map interesting? Please share it with a friend: