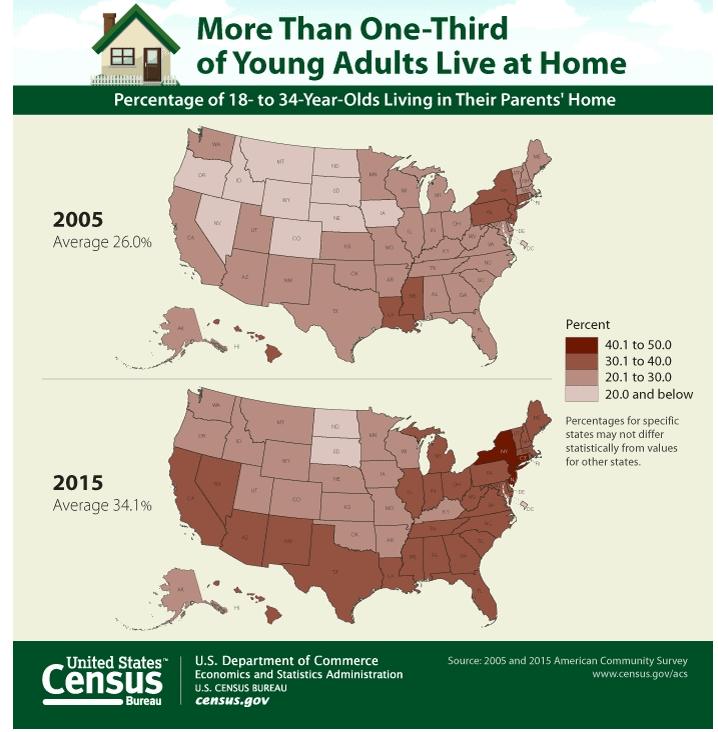 Map created by the US Census Bureau

The map above shows the increase in the number of young adults (18-34) in the United States living at home with their parents in 2015 compared to 2005.

A few facts from the United States census bureau:

Find this map interesting (or depressing), please help us by sharing it: