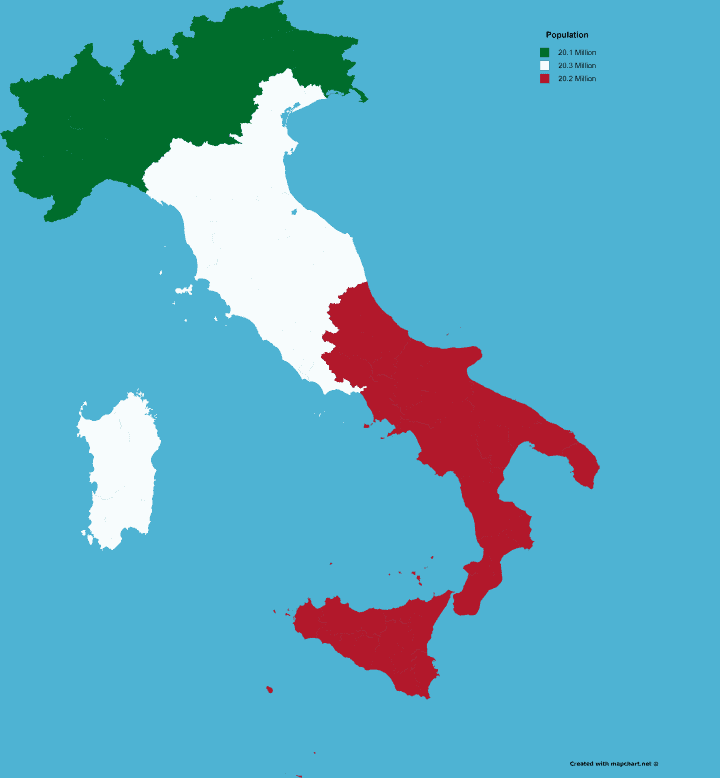 The map above shows Italy divided into regions each with a roughly equal population of 20 million people.

And in case your’re wondering, here’s a bit more info about each of the regions:

Enjoy this map? Please help us by sharing it: