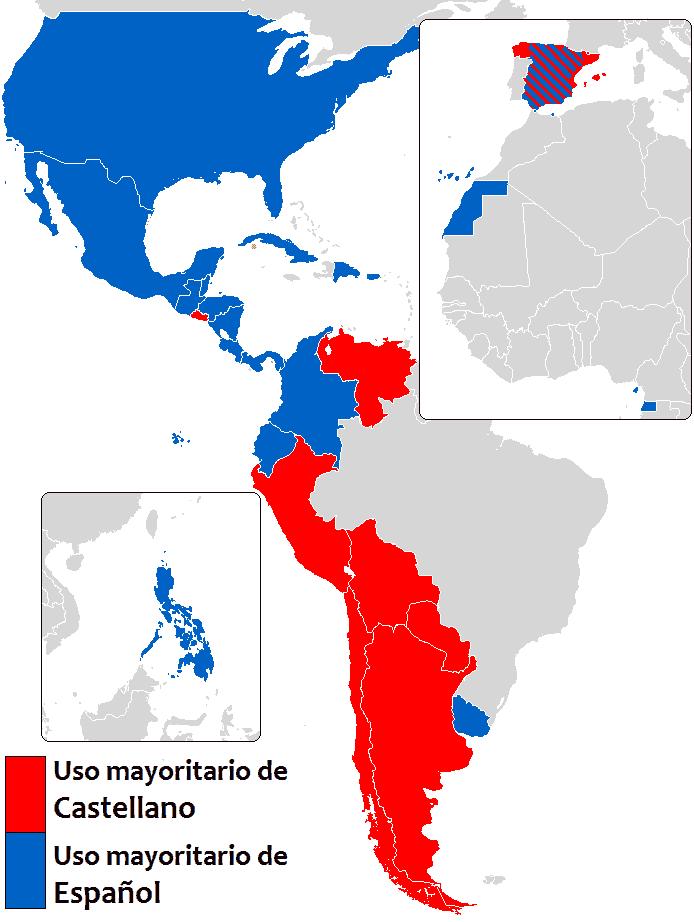 The map above shows how various “Spanish” speaking countries refer to their language. In the US. Mexico, the Caribbean, Philippines, Africa and the majority of Central America the language is known as Español (Spanish), whereas in most of South America it is known as Castellano (Castilian).

And of course to make matters more confusing it can be know by either in Span itself.

10 other facts about the “Spanish” language:

Prominent differences of pronunciation among dialects of Spanish include:

Find this post interesting? Pleas help us by sharing it: